An Echo In Her Skin 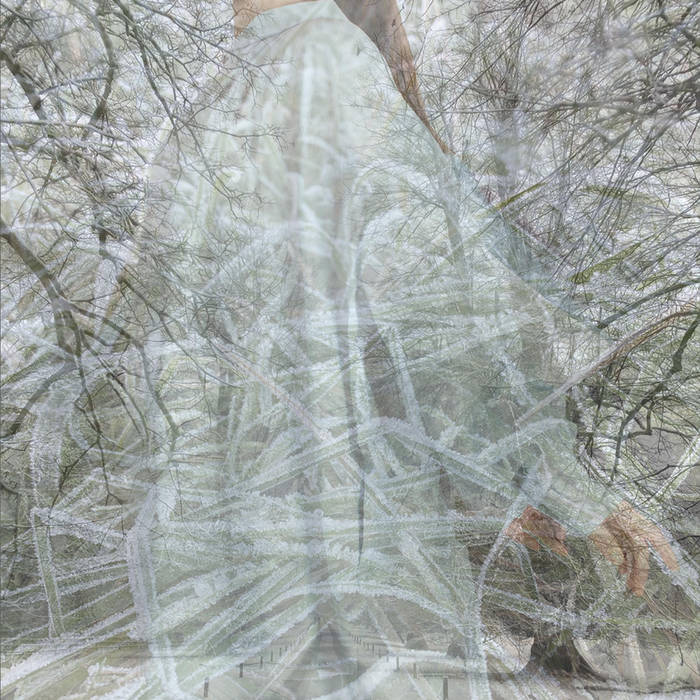 Pre-orders of "An Echo In Her Skin" are available now.

You get 1 track now (streaming via the free Bandcamp app and also available as a high-quality download in MP3, FLAC and more), plus the complete album the moment it’s released.

The album will also be available on CD. This includes a 4-panel digi-sleeve artwork with booklet.
CD shipping out on or around June 11, 2021
!! DISCOUNTED SHIPPING RATES TO UK + MOST EU COUNTRIES !!

Hush Hush Records is honored to help present the debut album 'An Echo In Her Skin' by JARR, a new collaborative project between British musicians Yellow6 and Wodwo.

Yellow6 and Wodwo are both accomplished solo musicians with consistently growing catalogs of exquisite instrumental music. Launched back in the late 1990s, Yellow6 is the solo alias of Leicester, UK-based guitarist Jon Atwood. The project’s deep discography includes over 150 releases spanning a wide spectrum of atmospheric post-rock and minimalist ambient music. Throughout his illustrious career, his music has received airplay support from the legendary John Peel, inspired dedicated spotlights on Resonance FM, licensed and placed in a number of films and TV documentaries, and found homes on trusted labels such as Sound In Silence, Cathedral Transmissions, Silber, and Somewherecold.

A relative newcomer on the scene, Wodwo is the alias of Derby, UK-based musician and author Ray Robinson. An award-winning novelist and coveted screenwriter with literary works that have been adapted into major motion pictures, Robinson’s foray into the music world as Wodwo began in 2018 and his gentle ambient and lush neo-classical compositions have quickly attracted a blossoming legion of fans.

The two artists first connected in 2019 following a Yellow6 live performance in Derby. Ray reached out to Jon to express admiration for his work and offered his assistance on bass for any prospective upcoming gigs. The likelihood of any live shows soon vanished with the ensuing global COVID-19 pandemic, so an online collaboration was suggested as an alternative. Each artist began creating demos in their respective homes to share with the other, songs gradually being built layer by layer as files were passed back and forth. Sticking to their shared less-is-more tendencies, each composition contains only 3 or 4 distinctive layers, yet each artist experimented enough with different instruments and styles that it’s often become impossible to determine the original creator behind each song’s individual ingredients.

These fruitful collaborations led to the birth of JARR, a name that simply combines the initials of each artist’s name. JARR’s initial appearance came back in January 2021 with their song “An Echo In Her Skin” featured on UK label Mailbox Records’ excellent Bandcamp-only charity compilation 'Music For Another Sky.' Nestled alongside contemporary ambient heavyweights such as anthéne, KMRU, Nathan Moody, Patricia Wolf, and zakè, the song immediately caught the attention of Hush Hush Records’ founder and curator Alex Ruder.

The song now serves as the title track for JARR’s debut album 'An Echo In Her Skin,' an 8-track exploration of introspective post-rock soundscapes with a dreamy ambient undercurrent. At times both blissful and tense, the album pairs wandering and expressive guitar musings within a gauzy bed of immersive ambient textures for a transportive, nocturnal, and captivating sonic journey.
credits
releases June 11, 2021

Composed and recorded by Jon Attwood and Ray Robinson.
Autumn/Winter 2020-2021.