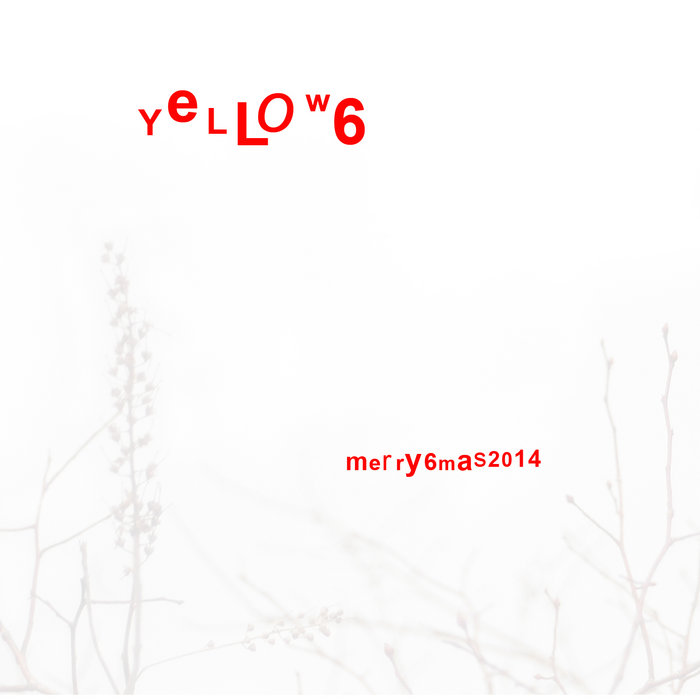 In 2013 I was asked by a label to to do an LP with them - a real proper, and now very trendy, vinyl album! we even agreed for it to be on grey vinyl - something i've wanted to do as long as i can remember having wanted to release a record - ever since getting the Devo single Come Back Jonee on a wonderful grey 7" as a teenager. I had a plan for the record, and started to write and record some material. None of this really fitted the idea in my head for the LP and the August 2013 deadline passed. The best of this material made up merry6mas2013.
Having missed the deadline, the label was still interested, and I wrote and recorded some material for it and sent a rough mix to the label. I only really sent it as I was so far behind and wanted them to know I was working on it and still really wanted to do the LP. In retrospect it was not worthy of release… and they agreed as they didn't like it. I went away and re-wrote and recorded the piece, originally planned for one full side of the LP, grew to become Closer To The Sea. This became the centrepiece of the CD album Closer to The Sea Without Moving, finding a home with the wonderful Silber label, thanks to Brian John Mitchell. There was a lot of other material that was considered for that album and I ended up with too much music, the best of those not making the album being presented here.

so….merry6mas comes of age - 16 years and still g(r)o(w)ing...
since it’s origins as 17 hand copied cdr’s in 1999, to it’s peak of 250 copies in 2006, this has been an interesting journey for me - a way of reviewing what I had done during the previous year, and making something worthwhile of music that would otherwise go unheard - music I thought others may also appreciate. I think this has resulted in some really good releases,
occasionally regarded by some as better than the ‘proper’ albums released in the same period. I sometimes think I could learn from this, rather than ponder too much over running order etc?

Anyhow, this merry6mas includes new unreleased and live material recorded during 2014. Most of these songs didn't really fit with the album, and a few came along after the album was completed....

“October drone” and “to be continued...” were each recorded in a single live take with no overdubs, only edited for length (the latter being cut from a 16 minute original). Of the others,“lighthouse 1” was considered for the album “closer to the sea without moving” but left off, after many listens, in favour of other versions of the piece. Lighthouse 2 is a completely
different piece, only sharing a title with the others, both here and on the album. Gusts was a song from early in 2014 that I was initially unsure of, but after some mixing and adjustment I like the result. Drone#2 is an odd one, as i really can’t remember recording it, but i think it’s me at my most Labradford, though obviously not as good as their recordings.
The remaining tracks: “sleet day”, “they look lost” and “red candy”, were recorded live at FUSE Art Space in Bradford at one of my two live appearances of the year, this being one of the live shows i am most happy with of all i’ve done, and i think they fit well here with the other material.

so there you have it…another year another merry6mas, and hopefully you will feel a worthwhile addition to the catalogue. back for more I guess next year, when merry6mas will be old enough to apply for a driving licence.

thanks, as ever, go to everyone who has listened or supported me in my endeavours, especially Catherine and Sky, Brian John Mitchell and Christy Romanick (whose beautiful photographs make up this booklet).