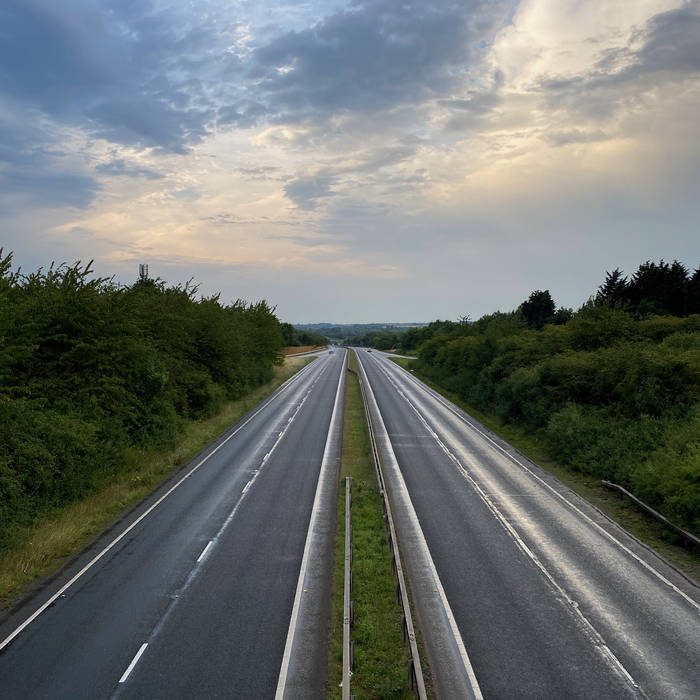 Sound In Silence is proud to welcome back Yellow6, presenting his new album Silent Streets And Empty Skies.

Silent Streets And Empty Skies is made up of nine calming tracks with a total duration of about 77 minutes. All tracks, recorded at home between April and June 2020 during the lockdown due to coronavirus, were inspired by the lack of traffic and people in the streets, and, being near an airport, the unusual lack of vapour trails in the sky. Living in a large village on the edge of a city, Attwood had a lot of freedom to walk, visit local parks and cycle maintaining plenty of distance from others and appreciating how quiet the streets and empty the skies were at that time. His reaction to lockdown from a creative perspective was some degree of compulsion to make music. Buying a new guitar proved inspiring and sparked a wave of new material, which makes up this album. Yellow6 offers one of his finest works to date, utilizing layers of haunting guitar melodies, loops of ambient textures, minimal beats and droning feedback.
Expertly mastered by George Mastrokostas (aka Absent Without Leave), Silent Streets And Empty Skies is a wonderful album of cinematic soundscapes, highly recommended for devotees of artists such as Labradford, Low, Brian McBride and Windy & Carl.

The first one is a deluxe limited edition of 100 handmade, hand-stamped and hand-numbered collectible copies (now SOLD OUT). This edition includes an exclusive bonus cd, not included in the other edition or the digital download. The bonus disc, entitled Almost Free, includes six new tracks with a total duration of about 45 minutes. This was inspired by the impending relaxation of lockdown restrictions, suddenly put on hold in Attwood’s nearby city due to a spike in cases. The suggestion that a kind of freedom was within sight. It is packaged in a lovely, hand-tied, sewn fabric envelope, which includes two 4 panel insert sheets containing tracklist and information printed on 215 gsm grey and off-grey cardboards and the front cover images printed on polaroid style photo paper. It also comes bundled with a download code coupon and a Sound In Silence card.

The second one is a limited edition of 200 handmade and hand-numbered collectible copies. It is packaged in a lovely hand-stamped 127mm x 127mm 260 gsm dusty grey cardboard envelope with the front cover image printed on a polaroid style photo paper and an insert sheet containing tracklist and information printed on a 140 gsm grey cardboard. It also comes bundled with a download code coupon and a Sound In Silence card.
credits
released September 28, 2020

Damu The Fudgemunk shares his recent collab with Def Pressé, plus jams from Common and more