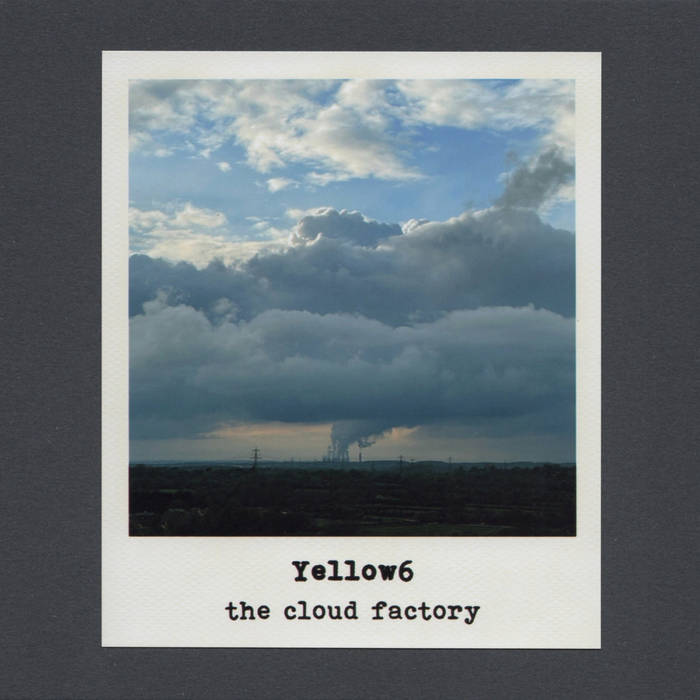 Sound In Silence is happy to welcome back Yellow6, presenting his new album The Cloud Factory.

The Cloud Factory is made up of ten new tracks with a total duration of about 67 minutes. All tracks were recorded at home between March and May 2021, and were expertly mastered by George Mastrokostas (aka Absent Without Leave).
The past year has been a busy one for Yellow6, with a number of album releases, exploring variations in composition and instrumentation, along with two collaborative projects. After completing For The First And Last, and material for a forthcoming album for Enraptured, both being more focused on beats and distorted guitars, Attwood decided to shift the focus, in part inspired by recent work by Warren Ellis and Nick Cave’s soundtrack work, and the varied minimalist approach of Philip Glass and Burial among others. Rather than the previously used approach of anchoring each tune on arpeggiated and delayed guitars to set the tone, these tracks have a greater focus on more abstract and heavily effected loops, topped with repeating intertwining clear and clean guitars, which was helped by a change to a more minimal effects board.

The first one is a deluxe limited edition of 100 handmade, hand-stamped and hand-numbered collectible copies. This edition includes an exclusive bonus disc, not included in the other edition or the digital download. The bonus disc, entitled pause:rewind:reflect:forward, includes six tracks that are only available in physical format here. Four of the tracks were originally available as Bandcamp only downloads with accompanying videos, one was previously released only digitally as Attwood’s contribution to Silber Records’ Droneuary 2021 project, and the sixth one is an additional unreleased new track from the album recording sessions. It is packaged in a lovely, hand-tied, sewn fabric envelope, which includes two 4 panel insert sheets containing tracklist and information printed on 250 gsm graphite and ivory cardboards and the front cover images printed on polaroid style photo paper. It also comes bundled with a download code coupon and a Sound In Silence card.

The second one is a limited edition of 200 handmade and hand-numbered collectible copies. It is packaged in a lovely hand-stamped 127mm x 127mm 250 gsm graphite recycled cardboard envelope with the front cover image printed on a polaroid style photo paper and an insert sheet containing tracklist and information printed on a 120 gsm smoky grey recycled cardboard. It also comes bundled with a download code coupon and a Sound In Silence card.
credits
released July 5, 2021